species of concern: one 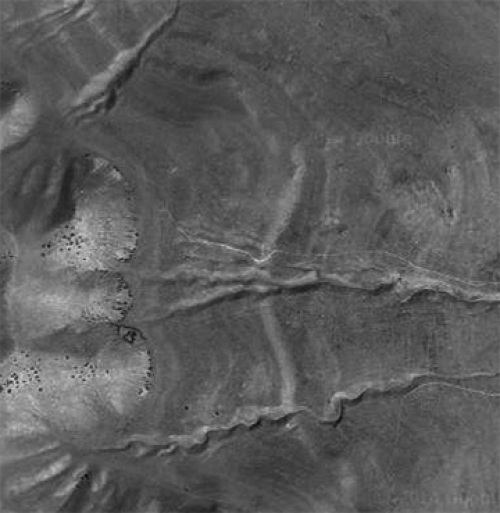 known as paiute county /ˈpaɪjuːt/ the boundary of a roughly 763-square-mile area takes its human name from the indigenous people of the area, this unpretentious country of silence, and much later the home of butch cassidy, who grew up in circleville, one of the few towns in this county. if you drive north up y on highway 89 you’ll get to panguitch. this land has been inhabited before people, before mormons, before famed charismatic villains. it has been shaped into cities, towns, coteries — colonized. socialized. organized. by us. we are a species of concern. we are villains of today.

we live below your eyes. we live below the ground. we are either nuisance — a poisoned, architectural, rabbit-sized desert species — or we are considered a keystone-species in the grassland habitat. all depending of who you’ll ask. who you’ll listen to.

animals like us lived throughout the western united states from canada to mexico — in montana, the dakotas, nebraska, texas, colorado, arizona, utah, wyoming — in higher elevations of the mojave, the great basin and the chihuahuan deserts. today our main habitat are within a few counties, like in paiute or other less populous places in utah. a few locations, in which we still breed, live and die as we have always done as citizens of a ecosystem. a biome.

we have high-pitched, bark-like calls that human studies indicate possess the most sophisticated of all natural animal languages.

we issue sounds, identifying each of our predators:

we have a bark for hawks

we have a bark for owls

we have a bark for eagles

we have a bark for ravens

we have a bark for coyotes

we have a bark for badgers

we have a bark for ferrets

we have a bark for snakes

our intricate social system is composed of one male and several close-kin females with offspring.

within our larger colonies we have several subgroups, or "coteries" as you call them.

coteries are based around a harem of females and one or more dominant males.

when we build our cities — our dwellings, we use dead vegetation for the nests. we line our nests. we kiss each other. we live in chambers, composed of the population of an extended family groups you call “clans.” we are herbivorous. we prefer flowers in the shrubs and seeds over grass, but grass is available more often than seasonal flowers and seeds and we do like dead vegetation and cattle feces too.

we dig our cities with dikes against flooding from rain. our entrance holes are funnel-shaped, from 3 to 4 inches in diameter. we spend a lot of time building these dwellings. it is in our nature. other animals benefit from our labors; towns may be taken over by snakes, burrowing owls, and even rare black-footed ferrets, which hunt us in our own dwellings.

our cities mainly cover less than half a square mile, though some have been enormous. the largest recorded  by humans covered some 25,000 square miles. a texas city was once home to almost four hundred million of us. for these building we have long been considered a pest by human ranchers, but in 2007 the bureau of land management began re-establishing our colonies. they created “starter burrows" to reintroduce our population. and these places, biologists and volunteers check regularly on our new colonies. they say we help reduce the growth of invasive plant species such as mesquite, and improve the soil and drainage systems in the grasslands as a result of our way of life.

— all this, while in other places you pump carbon monoxide into our holes.

we can tell you about;

in 2009, the epa approved the use of the anticoagulant poison rozol (chlorophacinone), manufactured by liphatech. it takes between 9-20 days for us to die from this poisoning, and while dying we regularly wander disoriented above ground where we become prey for other animals that will consume our poisoned bodies. rozol remains toxic in our tissue and ingestion injure or kill unintended species such as:

since the great plains have become farm and rangeland, about 98 percent of us have been exterminated. we are unpopular within oil and gas drilling companies and for coal mining too — but a growing number of experts argue that we may actually be beneficial, that we are natural fertilizers who increase the protein content and digestibility of rangeland grasses.

some say that with our extinction the earth would loose a unique biome we created and sustained.

they say that we fertilize and aerate the soil, reduce noxious weeds. that we are an important food source for a wide variety of other species — that approximately 150 species benefit from us and the biome we share with them. we villains can share too.