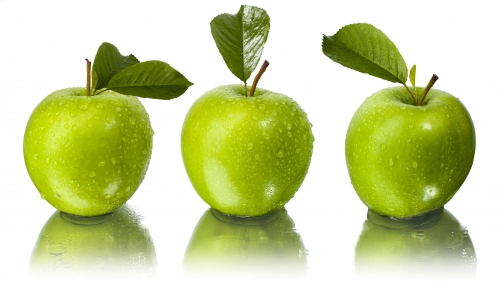 My year in fruit

All of these fall on the ground in my neighborhood in Salt Lake City, planted by one set of people and neglected by their successors, those for whom the fruit is a nuisance, shoveled into the trash can. Add to this the wild fruit—the chokecherries, Oregon grapes, the goji berries—and my high desert lakebed is a dessert bowl of abundance, one that I pluck from June through October. We take a plastic bag each time we take a walk, and we come home with it filled. If we forget a bag, we fill our pockets, our hips and buttocks looking lopsided and deformed by the bounty.

A recent study compared people who made their own sandwiches to a group whose sandwiches were made for them. Apparently, making one’s own meal decreases pleasure in consuming it. Apparently, thinking about the kind of olive oil, the slow-rising bread, the carbon tomatoes from the market, the fleur de sel—even writing these phrases makes the sandwich a real thing in one’s brain, and thus, a less desirable thing for the mouth.  The brain has already consumed it, as it were.

This information comes as a bit of a relief, because after forty-some years cooking for others, I have never completely enjoyed eating the food I so carefully planned, shopped for, prepared, and served.  At the point of sitting down to eat with my guests, not only have I been tasting everything multiple times, but my critical side has kicked in. Proust knew this: “nothing is so satisfying as the imagination’s rendering of it.”

It’s sad to love these two things—cooking and eating—so much and not be able to enjoy them simultaneously.  This explains why people love restaurants, of course, and the addictive pleasure of reading cookbooks. Does it also explain why stolen fruit is more delicious? Because it is so serendipitous, so out-of-the-blue, so un-theorized? Because my mind has not already eaten the grapes as I purchased them?

Sometimes our scavenged fruit is blighted by worms—apples and pears are particularly prone to insects—or frost damage, but more often the fruit is perfect, and almost certainly not sprayed or even fertilized. Sometimes it is “kissed by bees”—marked with tiny pinpricks, a sign of particular sweetness. Usually it is more flavorful than supermarket fruit or even fruit from the farmer’s market—probably because it is both tree ripened and picked when ripe. And perhaps also because it is stolen although sometimes I do knock on the door and ask. For one particularly full apple tree, I return with a ladder and bucket. The tree, however, does not bear every year. Those small apples are my all-time favorite—crunchy, sweet, and sour all at once.

We eat this fruit out of hand, of course, while walking, and I dehydrate, preserve, freeze, or make fruit crisps with the rest.  And with the small apples, I make a savory side dish, originally developed for a guest allergic to pepper.  I watched her eat a piece and then saw a look of horror come over her face.  I reassured her that it did not contain pepper and she took a few more incredulous bites. Small apples work particularly well because the dish tastes better with lots of apple skin and tart fruit.

With small apples, I like to make a savory side dish, originally developed for a guest allergic to black pepper. I watched her eat a piece and then saw a look of horror come over her face. I reassured her that it did not contain cayenne pepper and she took a few more incredulous bites. Small apples work particularly well because the dish tastes better with lots of apple skin and tart fruit. Serve as a side dish with roast chicken or pork, or stuffed acorn squash. It also adds zip to tofu. I'm not sure if the weight of the ginger is correct--I just use a visual guide of one and one-half times as much ginger as garlic. If you are wary of the spices, go ahead and cut back. This is a hot and spicy dish without pepper.